Business owner who doesn’t know how to delegate

Read this chapter of my book for free about a manager who struggled to delegate to his team.

I coached Tom and discussed a comment in his evaluation that said he lacked clarity as to what he wanted to be done on projects. From previous conversations, I knew he valued process, so it was logical to ask “What is your process for delegation?”

He looked at me as if I had dropped his cell phone in the toilet. “I don’t have one,” he said with a puzzled look.

I told him I hadn’t meant to startle him. Most people don’t have a process. It’s a lot like being a parent; one expects to be good at parenting. You expect you’ll be good at delegating. Look over the eight steps process below, try it out and next time we talk let me know what you think.”

The Eight-Step Process of Delegation:

I sent him these eight steps and I learned in a subsequent conversation that he was using them and he told me how effective they were. He said he didn’t use them for simpler projects, but in more complicated situations he forced himself to slow down and use the eight steps. That was when they were the most needed. He found results came faster and he didn’t have to ask others to redo their work.

Communicating with the boss 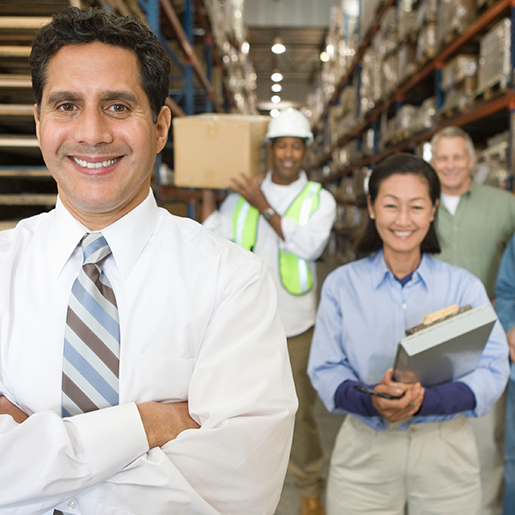 I shifted the conversation by asking a general question to see if he was experiencing any friction or uneasiness with anyone he worked with.

There was no pause. “Yes, my boss. I go into his office to debrief a project he assigned me and we argue. He tells me that my results are not what he had in mind. I correct him and make it clear my results are exactly what he asked for.”

“He pushes back. I push back. The conversation deteriorates.”

“I leave talking to myself. My team and I worked hard to give him what he wants and to fit his projects in within our normal workload. He has miscommunicated and he’ll do it again. My only consolation is that no boss lasts forever.”

Steady there before you react

I took a deep breath hoping Tom would do the same. “Can you set your frustration aside and let me ask a question?” He nodded and I said, “You know the delegation process works when you manage down. Would it work it work to manage up?”

After a very long pause, he started laughing. “Is this another time you will quote the comic book character Pogo: ‘We have met the enemy and I am him?’”

I said, “You are the problem and not your boss. It’s your responsibility to manage up and to help your boss be successful.”

The simplicity of it became obvious to Tom. “I use the delegation process for my team but it never crossed my mind that I should use it with my boss. This is obvious now that I think about it. This could significantly change our conversations and my relationship with my boss. Going forward I commit to using the process. I can see how a frustration can be resolved and I’m hopeful.”

The light bulb brightened. In the past when we talked, I was locked into the mindset that we had put a lot of work into giving him what we thought he wanted, so I tried to convince him that what he wanted was what we gave him. He’s probably been thinking I don’t listen to him because this was not what he asked for.”

“Tom, a universal blind spot, one common to us all, is we don’t stop to ask ourselves, ‘What part of the problems am I?’” I offered. “You now see yours, you own it, and you will change. Remember this, because you were blaming your boss and hoping for a new one.”

Are you ready to get started?

My process begins by getting to know you and to understand the frustrations you are experiencing by having you fill out my discovery questionnaire.

Ready to Become a Difference-Maker?

Together, we can work through frustrations and problems, discussing the best path for you take to improve work-life.