Employee struggling with a manager

Read this chapter of my book for free about an employee who was struggling with their manager.

#7: Help Your Managers Know What They Want

Donna met me at the receptionist’s desk. She was rubbing her neck as we walked down the hall. She was obviously stressed.

My manager knows how to frustrate me 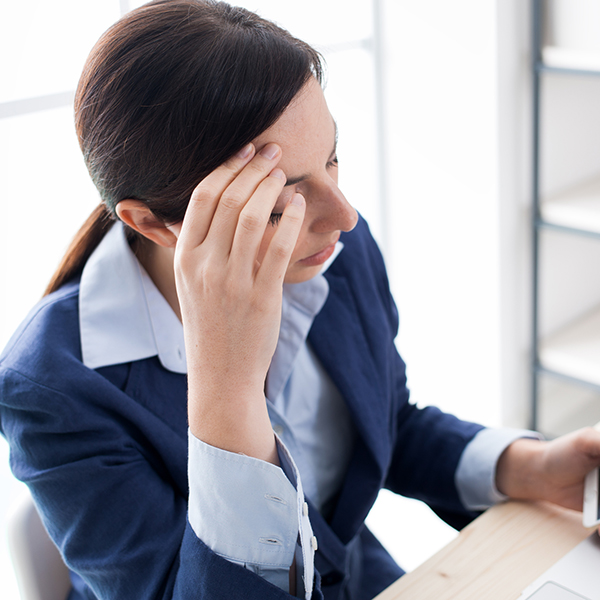 We went to an office for our coaching session. As the door closed, she said, “Ed is a manager whose goal is to frustrate me. I know you-you will suggest I talk to him, but it’s hard.”

Her moist eyes were on me.

I began with, “You probably feel there is nothing you can say to Ed. There may be a way you can get more comfortable telling him how he is impacting your performance.”

“Let’s do this: give me some background information on why you’re working here and your relationship with Ed. Then we’ll see if we can find a solution for your frustration.”

Donna told me she’d been in the same company with Ed in Chicago. There was a merger and they both lost their jobs. Her next company folded, so she called Ed to network and happened to mention how she had learned about software since they last spoke.

They hired you because they need you

Ed started asking rapid-fire questions, drilling deeper each time. After twenty minutes he offered Donna a job. She explained her current situation with the kids in school, the negative house value, and poor timing. Ed responded he would pay all her moving expenses, including the mortgage shortfall, and offered a salary increase of 20 percent.

“I needed a job so I moved,” said Donna. “They asked me to review their pick for a company to do a major software upgrade. They’d picked a poor company. I almost used them until I did exhaustive due diligence and found they didn’t deliver on commitments.”

Look at the value you add

“Ed got lucky finding you at just the right time,” I said. “I doubt you know your value.”

Suppressing my hope that she’d saved them a bundle, I calmly asked, “Do you have any way of knowing how much money you’ve saved the company?”

I asked several questions, scribbling down numbers along the way. By my calculations, she’d recovered not only the moving expenses, but the software improvements had also saved the company the equivalent of her first year’s salary.

We continued down the path of establishing her value. “If Ed fired you or you quit, what do you think it would cost the company?”

She had no idea, so I related an Inc. Magazine article that listed these costs: lower productivity, due to the loss of the person who left and the time to find a replacement, overworked remaining staff, lost knowledge, training costs, interviewing costs, and recruiters’ fees. Overall, estimated costs can add up to as high as 150 percent of an employee’s annual salary.

“Donna, by now you should see yourself differently. Reset your thinking. You are a valuable asset.”

A difficult conversation made doable

“You told yourself a story: ‘Ed’s goal is to frustrate me.’ You don’t know that! Lose your made-up story.”

I continued. “Before you talk to him, check yourself to see if you are in the right frame of mind. Can you see him as a fellow flawed human being? If you aren’t in a judgemental state of mind, you are ready”

Donna interrupted, “Do you have any idea how hard it is to give anyone feedback, particularly my manager? The status quo may not be ideal, but I can cope.”

“Before you limit yourself,” I said, “Let me walk you through a way to give Ed feedback. Then you decide whether to talk to him or not.”

“You’ve told me your boss gives you complex projects with little direction. The problem is he doesn’t know how to delegate. If he had a process, something like a delegation checklist, you both would have a road map.”

Give your manager a tool that helps

Donna was listening, so I continued. “Pick a time when he isn’t rushed. Go to a quiet place, and put him at ease by saying, ‘Ed, I get lost on projects you give me. I don’t have a roadmap. I should have said something long ago. I can bring it up now because I just figured out my problem and the solution. It’s a simple eight-item checklist. Here is a copy. It’s a roadmap to get from point A to point B.’”

This is the checklist I offered, with clarifying comments after each question.

Donna liked the checklist because it was tangible. She could give it to him, write down his answers, and ask questions for clarification along the way.

At our next meeting, she was relaxed and smiling.

“The hard conversation was worth it,” said Donna. “It’s the first time I’ve had clarity on what he wanted. I think it’s the first time he’s had clarity on what he wanted. You’ll love this. A few days ago he started to dump a project on me as he headed out the door. I said, ‘I can’t start on this project until we sit down and go through the eight-step delegation checklist.’”

Are you ready to get started?

My process begins by getting to know you and to understand the frustrations you are experiencing by having you fill out my discovery questionnaire.

Ready to Become a Difference-Maker?

Together, we can work through frustrations and problems, discussing the best path for you take to improve work-life.